Four-term U.S. Senator (R-AZ) and decorated Vietnam veteran John McCain has built a reputation for independence by championing causes he strongly believes in, regardless of popular opinion. His experiences as father to seven children inspired him to write Character Is Destiny, a collection of stories illustrating his belief that character depends on conscience and is created by the choices we make every day. He was interviewed by National Public Radio host Robert Siegel in a program taped at the Kentucky Center in Louisville in 2006. 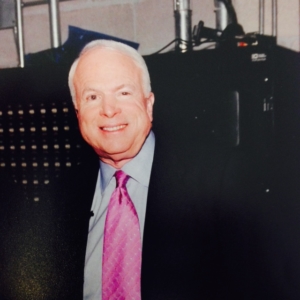 An Evening With John Feinstein and Mike Tirico
Scroll to top