Mike Tirico made his NBC Sports Group debut in July 2016 as host of NBC Sports’ live coverage of The Open from Royal Troon in Scotland. He has since worked on all of NBC Sports Group’s major golf events. In February 2018, Mike made his debut as NBC’s primetime Olympic host. He was recently named the studio host of NBC’s Football Night in America, the most-watched studio show in sports, and also handles play-by-play for NBC’s Notre Dame Football coverage.

Tirico joined NBC after 25 years at ESPN/ABC (1991-2016), where he established himself as a preeminent broadcaster on properties and events including Monday Night Football, The Open, The Masters, NBA, college football, college basketball, FIFA World Cup, and tennis’ U.S. Open and Wimbledon. He was named the 2010 Sportscaster of the Year by the National Sportscasters and Sportswriters Association (NSSA), an award voted on by his industry peers. 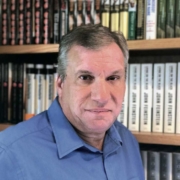