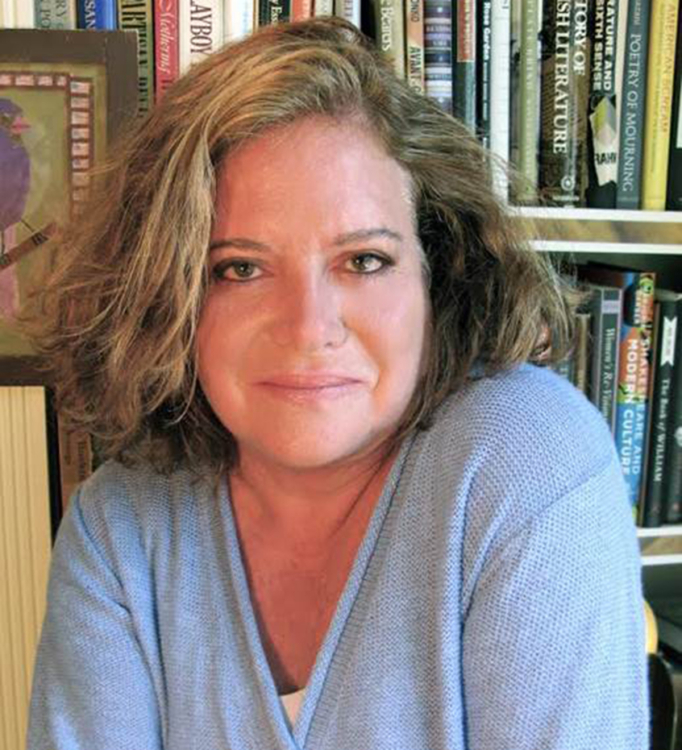 HEATHER CLARK is an author and Professor of Contemporary Poetry at the University of Huddersfield, UK. Clark is a former Visiting Scholar at the Oxford Centre for Life-Writing. Red Comet is her highly anticipated new biography of Sylvia Plath that focuses on Plath’s remarkable literary and intellectual achievements, while restoring the woman behind the long-held myths about her life and art. With a wealth of never-before-accessed materials–including unpublished letters and manuscripts; court, police, and psychiatric records; and new interviews–Heather Clark brings to life the brilliant daughter of Wellesley, Massachusetts who had poetic ambition from a very young age and was an accomplished, published writer of poems and stories even before she became a star.

Clark is also is the author of The Grief of Influence: Sylvia Plath and Ted Hughes and The Ulster Renaissance: Poetry in Belfast 1962-1972. Clark’s work has appeared in publications including Harvard Review and The Times Literary Supplement, and she recently served as the scholarly consultant for the BBC documentary ‘Sylvia Plath: Life Inside the Bell Jar.’ Her awards include a National Endowment for the Humanities Public Scholar Fellowship; a Leon Levy Biography Fellowship at the City University of New York; and a Visiting U.S. Fellowship at the Eccles Centre for American Studies, British Library.

DAPHNE MERKIN is a novelist and critic who has been a staff writer for The New Yorker and a contributing writer for The New York Times Magazine, “T” Magazine, Elle and Tablet. She has written frequently for other publications, including the Wall Street Journal, Bookforum, The Times Literary Supplement, Travel & Leisure, Departures, and Allure. Merkin is the author of five books, including two novels, a memoir, and two collections of essays.

After publishing her novel, Enchantment, Merkin went on to work at Harcourt Brace Jovanovich for five years as a senior editor and then associate publisher. In 1997, she became a staff writer at The New Yorker, where she published book pieces as well as essays on personal and cultural issues, including features on Marilyn Monroe, Courtney Love, and the legacy of Sigmund Freud; she also alternated writing the movie column with Anthony Lane. One of her New Yorker essays, “Trouble in the Tribe”, was chosen for The Best American Essays of 2001, as well as The Best Spiritual Essays.

Merkin’s work has also appeared in many anthologies, including Women on Divorce: A Bedside Companion; Writing Our Way Home: Contemporary Stories by American Jewish Writers; Sixty Years of Great Fiction From Partisan Review; and Testimony: Contemporary Writers Make the Holocaust Personal.  More recent anthologies that include her essays are: Surface Tension: Love, Sex and Politics between Lesbians and Straight Women; The Bitch in the House: 26 Women Tell the Truth About Sex, Solitude, Work, Motherhood, and Marriage, The Modern Jewish Girl’s Guide to Guilt, and Sugar in My Bowl: Real Women write about Real Sex.

Merkin has taught at The Writing Center at Hunter College, Marymount College, and at the 92nd Street Y. For the past two years, she has been teaching in Columbia University’s MFA program.