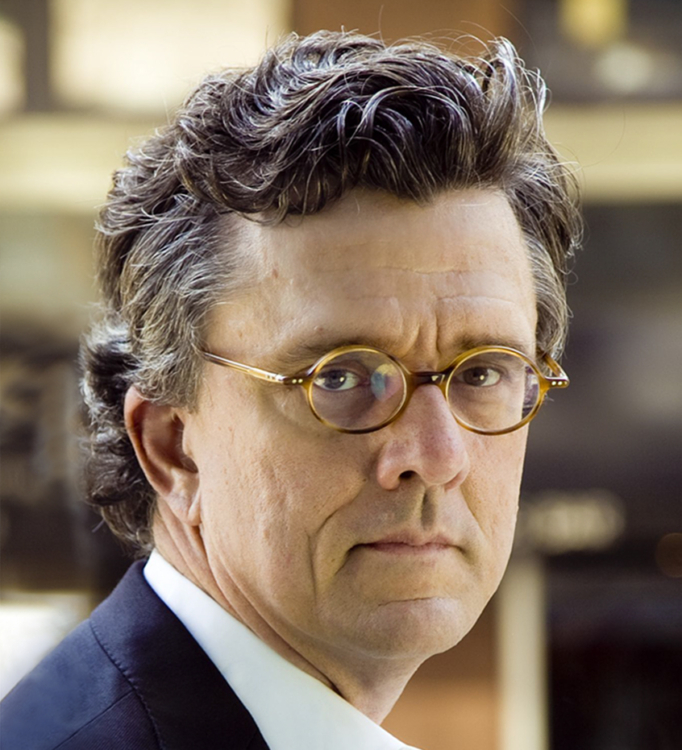 KURT ANDERSEN is the bestselling author of the novels Heyday, Turn of the Century, and True Believers.

In Evil Geniuses, Andersen offers a fresh perspective on America’s undoing, unsparingly assigning blame—to the radical right in economics and the law, the high priests of high finance, a complacent and complicit Establishment, and liberal “useful idiots,” among whom he includes himself. Evil Geniuses is a  deeply researched and brilliantly woven cultural, economic, and political chronicle.

“The one book everyone must read as we figure out how to rebuild our country.”—Walter Isaacson, author of Steve Jobs and Leonardo da Vinci

Andersen contributes to Vanity Fair and The New York Times and was the host and co-creator of Studio 360, the Peabody Award–winning public radio show and podcast. He also writes for television, film, and the stage, and regularly appears as a commentator on MSNBC. Andersen co-founded Spy magazine, served as editor in chief of New York Magazine, and was a cultural columnist and critic for Time and The New Yorker.

Acemoglu’s academic work covers a wide range of areas, including political economy, economic development, economic growth, technological change, inequality, labor economics and economics of networks. He has received numerous awards including the inaugural T. W. Schultz Prize from the University of Chicago, the Carnegie Fellowship in 2017, the Global Economy Prize in 2019, and the CME Group-Mathematical and Statistical Research Institute Prize in 2021.

Evil Geniuses: The Unmaking of America by Kurt Andersen

The Narrow Corridor: States, Societies, and the Fate of Liberty by Daron Acemoglu and James A. Robinson