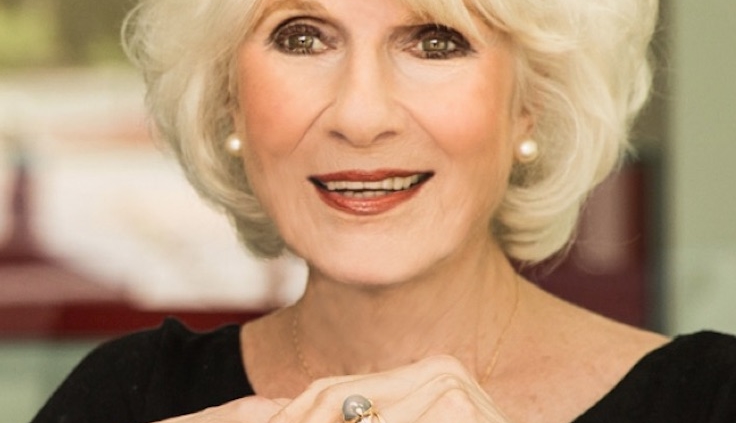 In On My Own, a deeply personal and moving book, the beloved NPR radio host speaks out about the long drawn-out death (from Parkinson’s) of her husband of fifty-four years, and of her struggle to reconstruct her life without him.  With John gone, Diane was indeed “on her own,” coping with the inevitable practical issues and, more important, with the profoundly emotional ones. What to do, how to react, reaching out again into the world—struggling to create a new reality for herself while clinging to memories of the past. Her focus is on her own roller-coaster experiences, but she has also solicited the moving stories of such recently widowed friends as Roger Mudd and Susan Stamberg, which work to expose the reader to a remarkable range of reactions to the death of a spouse.

John’s unnecessarily extended death—he begged to be helped to die—culminated in his taking matters into his own hands, simply refusing to take water, food, and medication. His heroic actions spurred Diane into becoming a kind of poster person for the “right to die” movement that is all too slowly taking shape in our country. With the brave determination that has characterized her whole life, she is finding a meaningful new way to contribute to the world.

Ann Patchett is the author of six novels, The Patron Saint of Liars, Taft, The Magician’s Assistant, Bel Canto, Run, and State of Wonder. She was the editor of Best American Short Stories, 2006, and has written three books of nonfiction, Truth & Beauty, about her friendship with the writer, Lucy Grealy, What now? an expansion of her graduation address at Sarah Lawrence College, and, most recently, This is the Story of a Happy Marriage, a collection of essays that examines the theme of commitment.

Her awards include England’s Orange Prize, the PEN/Faulkner Award, the Governor’s Arts Award, and the Booksense Book of the Year. Her work has been translated into more than thirty languages. She has twice been a guest on the Diane Rehm show where she first announced the opening of Parnassus, a bookstore she co-owns with Karen Hayes in Nashville. Her new novel Commonwealth will be published by Harper Collins in 2016.